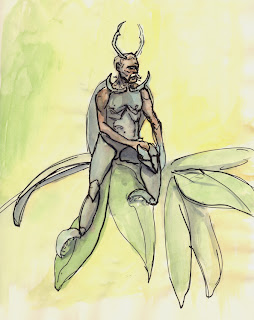 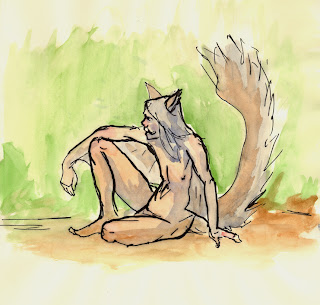 What's the hardest part about being you? Mustache.

I often get asked if I add in the animal parts later on, after I get home from the figure drawing group. I don't, I draw and paint each one of these with the model in front of me in about 10 to 20 minutes. I like the immediacy of working quickly and on a timer. It makes me more free to work with my mistakes. Could the paintings be better if I spent more time on them? Probably. Maybe I'll do that sometime. For now I like to finish these paintings in the time allotted.
Posted by Nate Shaw at 9:00 AM No comments: 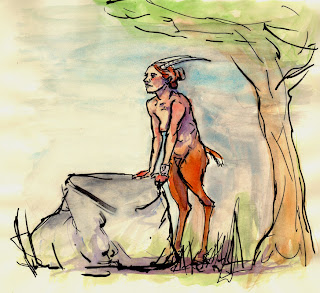 These are my two of my most commonly drawn characters. Almost any time the model is lying down I imagine a mermaid. I like the fauns because of how classical of a mythological creature they are and how well represented in a certain period of art they are. Since then, however, they have fallen out of fashion. Fear not, dear reader, I am bringing them back, one 20 minute watercolor painting at a time.
Posted by Nate Shaw at 9:00 AM No comments: 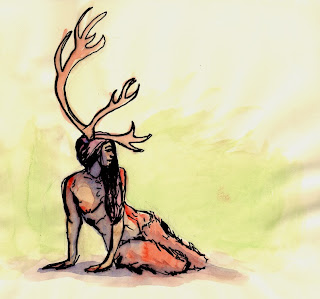 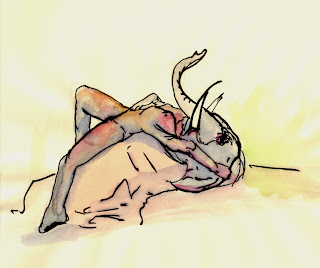 My mom kindly sat for me while I painted a quick watercolor painting. 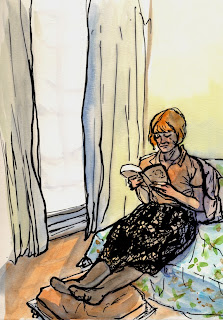 The model was BEARing it all this week at figure drawing. You see what I did there? 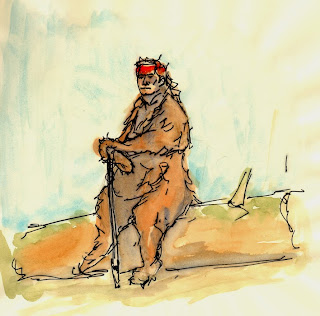 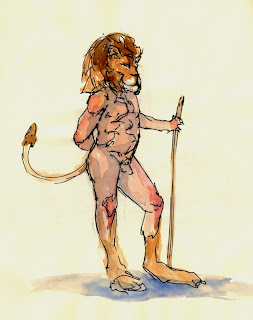 This week I brought along Animal Anatomy for Artists, by Eliot Goldfinger. For all the last pieces I just made up the animal parts so this time it was helpful to have animal reference. That being said, 20 minute poses don't exactly allow for much study and of course all of the lions in the book were facing left.
Posted by Nate Shaw at 9:00 AM No comments:

This week its an antler girl and a demon violin player. I've started to post my "modified" figure drawings on my tumblr, http://magicalmonsterpeople.tumblr.com/ . I'll still post them here but if you want nothing but magical monster people, thats a good place to go for it.

The violin in the second painting was not made up by me, the model was playing violin. It wasn't the first time that a model has played an instrument while modeling but its a pretty rare event. I was a little annoyed at first, it was extremely difficult to get my initial drawing down, though she kept her lower body surprisingly still throughout. Eventually, as I got further with the drawing, I settled into it and enjoyed the music. 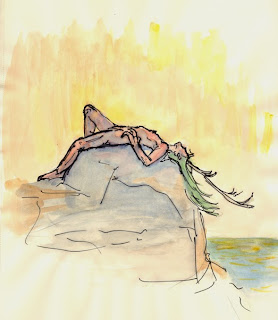 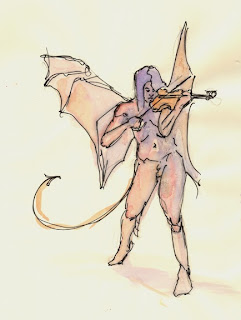