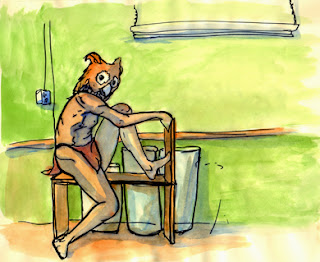 Owl dude at the drawing horse 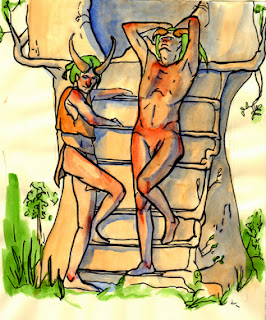 Forest people lounging outside of the tree house
Posted by Nate Shaw at 6:30 AM No comments:

This past weekend I attended Scott McCloud’s Understanding Comics Workshop held at the Los Angeles Academy of Figurative Arts. Scott McCloud worked for Marvel briefly in the 80s but has since then been writing his own graphic novels and webcomics. He’s won an Eisner for his webcomic Zot! but is best known for his non-fiction books Understanding Comics and Making Comics. When I wrote my master’s thesis at Drexel on digital comics I referenced his work pretty heavily so I was excited to hear him talk. 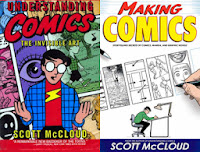 It was a two day workshop that focused on making comics, not really the drawing part, not how to draw but what to draw. How do we present our ideas in a clear and readable fashion? I’m not going to go into detail on the actual content of the course, I’m sure McCloud wouldn’t be too happy if I’m giving away for free the content he makes part of his livelihood from. I will say this, his enthusiasm for the subject was bursting at the seams. He was down to talk comics at any point, on breaks, at lunch (most of the class went out together at a nearby diner), before and after class. He even offered to buy anyone lunch that couldn’t afford to go out. It was nice to be in a class full of people that were stoked about comics and storytelling, I could recommend some of the most obscure comics to people and chances are that they already knew about it. 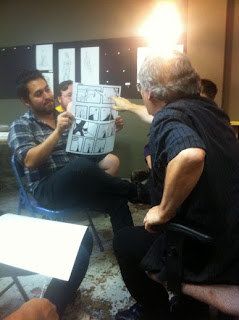 
At the end of the weekend we did an exercise that I am pretty familiar with, one that I happen to do every week. My results:


The venue for the workshop was interesting, I have heard of Los Angeles Academy of Figurative Arts (LAAFA) for a while now and had this picture of it as a fancy old building. I guess its just the vibe I got from their website. In real life, however, it looks like a strip mall combo of a dentist office and tailor’s store. Its the most unremarkable building from the outside in a rather unremarkable (a little run down) area of Van Nuys. On the inside, however, its actually very atmospheric with high ceilings and (contemporary) master paintings covering the walls.

All in all, I would definitely recommend this workshop to anyone interested in comics or visual storytelling in general.
Posted by Nate Shaw at 7:07 AM No comments:

Magical Monster People: under the sea 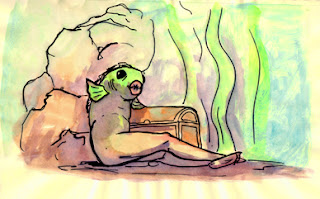 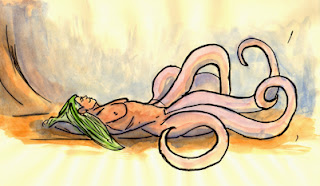 Octomaid hangin out
Posted by Nate Shaw at 6:30 AM No comments: 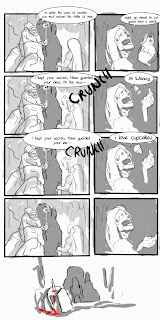 some of my bros and I get together and make comics in 90 minutes. last night’s random words were: answer & cupcake

90 Minute Comics
Posted by Nate Shaw at 6:00 AM No comments: